My mother, a.k.a., Selina, a.k.a. Salinaaas, was sunshine personified. Her yellow skin, blonde hair (which she started dying with peroxide when she was 16 yrs old), and bright smile lit up any room. 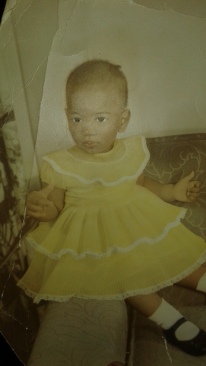 I knew it as young as 4 years old that my mother was beautiful and not your average-looking chick. Un uh. She was walking down the street and whistling fine. Driving in your car and cat-calling gorgeous. I would look up at her in awe, while she paid them no mind, kept sashaying about in her Vidal Sassoon jeans, fitted blouse, and espadrilles..while still holding my hand.

Most people saw her as quiet, anti-social, and a homebody. But once you got to know her, and if there was something she was passionate about *cough* (SPORTS), she could be pretty chatty. But ya had to get to know her first. 🙂

Because she was called anti-social, and funny acting, and quiet, I tried everything in my might to be the opposite of those things. Because those things didn’t sound like fun things or favorable names to be called. But, in my mid-thirties, I realized that what I was eluding was inevitable. I was/am a lot like her. I am my mother’s child, and proud.

We bonded over the years because of our love for music, dancing, and television watching. I credit my mother for my rich musical palate. She introduced me to a variety of music as a young’n: Rock, Pop, R&B, and one of our faves –HOUSE!!! No one can listen to house music and not dance.

When I was old enough to hang out in the clubs with her, you could find us on the dance floor. Point blank & to the period. We went to hustle classes for yearrrrssss. Learnt all the popular hustles and, at every gathering, party, shindig…folks looked to us to break out the choreographed routines. We carried on strong for a while, until she developed knee problems. Then she became the baddest chair dancer on the planet.

I tried. I tried for all of 3 good minutes to like sports. I felt like since my mother was such an avid sports fan, surely I have to have an inkling of it in my blood somewhere. Turns out, nah…I don’t. I’m good with that, though.

We spent a majority of time conversing about t.v. shows. A huge chunk of time. I mean, endless hours of us asking the other had we seen the new show on the I.D. Channel. We got a kick out of how creative the titling was, like Wives With Knives and Who The Bleep Did I Marry.

She was a ride or die momma. If ever I was hurt or sad about anything, she would ask me if I remembered that episode of  fill in the blank  when such & such did so & so and almost got away wit it? I’d be like, “Yup,” and she’d be like “Let’s go to Home Depot then.” And I’d be like…OK, let me stop playing with y’all. I’m just kidding. Or am I? 🙂 🙂

I had a premonition. A vision.

Let me set it up so y’all can see it. My mother was sitting on the couch (her absolute favorite spot) and I was lying next to her with my head resting in her lap, as she stroked my head. This alone bugged me out. Why? Because my mom & I weren’t like that. Our relationship wasn’t like that. I come from a line of non-affectionate women. Women who are tougher than leather. There were no hugs given, no I love you’s said, and definitely no heads stroked.

My initial reaction was What the hell was that all about? Then, I interpreted it to mean: Hug your mother more. Open up more. Really tell her how you feel about what’s going on in your life. Your relationship woes. What you’re going through. EVERYTHING! Just tell her!!!!

Actual meaning: She was preparing me for her departure. She was letting me know that I’m going to be OK

When an only child loses her only mother, she embraces the pain while smiling through the memories. She prides herself for releasing grudges before it was too late, and accepting that she was shown love the best way her mother knew how, and that was more than enough.